Trust in Your Heart

Hiya, Welcome back to PEP! Not too much to write about today, Paula’s Pet Paradise (PPP) has been keeping me busy. Not that I’m complaining a bit about that, Thank you God and knock on wood! It’s paying all of my bills, allowing me to be around animals and outside, both things I love, and allowing me to be my own boss. I think over the next few weeks, I’ll be home about three days, the rest of the time at three different client’s homes for pet-sitting along with a steady walking client. I’ve met so many new canine friends and even a few feline friends as well. This is what I enjoy. Something I do plan on doing is starting another container garden. I had one the year before last but couldn’t afford it last year. This one won’t be quite as large as that one but I have an idea to help that, plus I have all of the equipment already so that’ll save me some money. I have a green thumb and enjoy gardening. I’ll post pictures as the garden progresses. Maybe, that’ll be May’s Friday posts. April suffered due to PPP and Camp NaNoWriMo but I’m going to do better. I enjoy PEP and want to boost it just like PPP.

This week’s question: What Motivates You?
My answer: Happiness, a feeling of accomplishment when I achieve something I either didn’t think or was told I couldn’t do, and a sense of peace within. I’ve been happier the last few months than I had been in a long while, even if I didn’t realize it at the time. Yes, there’s the same stress as working a ‘office’ job or a retail job but working for myself and staying in the black as well as simply starting new hobbies, pursuing the same hobbies and inching closer to goals that are either new or I’ve had for years, reigniting dreams that I hadn’t realized I’d lost sight of, just feels right to me. I don’t really know how other to describe it other than it just feels right, feels like it’s what God’s calling me for.
What’s your answer? Even if you don’t post down below, think of your answer to yourself. You never know what looking within yourself might help you discover.

This week’s baking and cooking: I did make Pea salad this last week. I grew up on a Pea Salad at a restaurant my childhood best friend’s mother worked at that was delicious. Time passed and things have changed and I haven’t eaten Pea Salad in a long, long time. I found this recipe and a bit of nostalgia prompted me to try it since April’s theme was sides. It was just like eating that Pea Salad again. So, needless to say, it’s now in my repertoire. It was so easy and only about 4 ingredients that served at least four. I did bake but it was an utter disaster. I cringe thinking about so that’s where I’m going to leave it. I’m not going to list the name of the recipe or where I got it. I’m still learning, mistakes are allowed. I’ll remember this, perhaps try it again at a later date but for now, we’ll just be moving on. I do plan to bake this next week on my one full day and 2 ½ days I’m at home so we’ll see if I have more for you next week.

This week’s writing:
I loved her, but love doesn’t stop bullets. That was a lesson I’d learned the hard way when this hell on earth began months ago. I don’t even know how long ago it was nor can I see any end to this torment. Even dying doesn’t give relief. If you do die, you don’t stay dead. Instead, you resurrect as one of two monsters. If you die, either by suicide, bullet, or by one of those things, you come back as one of those things. I hate using the word, as I always thought it was just movies but there’s no other word to describe these things than zombies. But they’re not our only enemy. This might be over if they’d been our only enemy, or at least we humans would be winning. But no, those diseased blood-suckers are also around, preying on those of us that don’t fall to the zombies. If they drain you completely, you’ll get relief, you’ll actually die. But those sonuva’s don’t let anyone die, they want to create an army of themselves, declaring that being a vampire is the only way to not succumb to the zombies. That may be but what are they going to do when they run out of humans and animals to feast on, huh? They’ll go even madder than they already are, efffin’ beasts. Worse than not getting relief of death? You can’t get any rest, you can’t recover from even the smallest injury. In the daytime, zombies hunt, making you have to be on the move. But you need to get somewhere secure before night as while the zombies go dormant, the vampires come out, having been kept at bay by the sun. The only thing that’s been discovered to keep them at bay is getting in a secure place with four walls and a roof and declaring it your home. Even if they’re not around to hear, something keeps them from coming inside. But the destruction leaves secure buildings far and wide between, difficult to find. Even then, you have to either pray you can find one to yourself or that you can come to a truce with whoever might already be inside. Some humans have taken to the pack mentality and they’re surviving, they’re strong. But it’s difficult to find one and the rest are loners, survival of the strongest mentality. They’re nearly equally a danger to us few humans left. Me? Currently, I’m a loner but I’m looking for a group that’ll let me in. I’m not made to be alone, she’d taught me that too.
© Paula Crofoot

A second one for today, just cause:
Emma swallowed as they came to the item on the list she’d been dreading. She’d quickly picked up on the fact that every item on this scavenger hunt list was personally connected to someone in the group of old friends. Something painfully connected, nothing yet had really led to good memories. It’d been good for closure for a few people and for others, it’d opened up wounds they’d been fine leaving alone. That’s the line of thinking she fell on when it came to this time, this item she knew was here for her. A ball of yarn wouldn’t mean anything to anyone else. Even to the her that they knew, it wouldn’t mean anything. But she knew that yarn had given her the escape she needed from this town. The escape she’d needed from her abusive and neglectful home, a home that no one else had ever noticed. In part due to her efforts and in part to their purposeful blind eye. She actually hadn’t been back to this town since they’d graduated 10 years before and hadn’t intended to come back now. But her best friend had convinced here to come, had promised to come with her. She was here now, concerned and had offered a couple of times for them to go back to the hotel. But that wasn’t enough, the only thing that would make her happy was if they went back to the hotel, packed and left. She’d managed to avoid her family thus far and wanted to keep it that way. But right now, she knew when they found the ball of yarn, her old friends would want to know what it meant to someone and she’d have to explain. She couldn’t not, not when everyone else had dug into themselves, even if reluctantly, to explain the painful memories behind the knife, the book of poetry, the bottlecaps, and the stuffed tiger. There was only three items after hers and they could all go back to the hotel, leaving in the morning, and return back to their lives, all having left this town, and each other to be honest, behind.
© Paula Crofoot

Monday Motivation: Put your heart, mind, and soul into even your smallest acts. This is the secret of success.

Writing Prompt: Write about the color of pain and the taste of happiness.

My Book of the Week: I’m going to start a new piece for PEP. I’ll post what book I’m reading as I’m writing this, or what series should it be a series and what I think of said book(s). More than often, I’ll likely be reading more than one book each week but I’ll write about the one I’m in the middle of as I write this. I want to hear from ya’ll, though. What books are ya’ll reading that you think should be read by someone else. If you’re an author yourself, you can put your own books down in the comments. I can’t promise that I’ll read them all, I’m pretty eclectic in my choices for literature but I also know what I like and don’t like. But anyone can see the comments so you might help someone else find a new book they love.
Currently, I’m reading the Three Sisters Island Trilogy by Nora Roberts. I enjoy most of her trilogies. I don’t usually like romance but her books have enough of another plot, whether it be mystery, fantasy and the like, that the romance seems more like a sub-plot or a secondary plot. Just enough that it’s not in your face sugary sickness, sorry, ‘sweetness’. I just finished Dance Upon the Air that I started yesterday and started Heaven and Earth. They’re a quick read, plus they suck you in, putting you in another world; exactly what I’m looking for when I’m reading. If you’ve read them, or any other trilogy by Nora Roberts, post below but do warn for spoilers if you’re going to give them. Again, give any recommendations you might have. 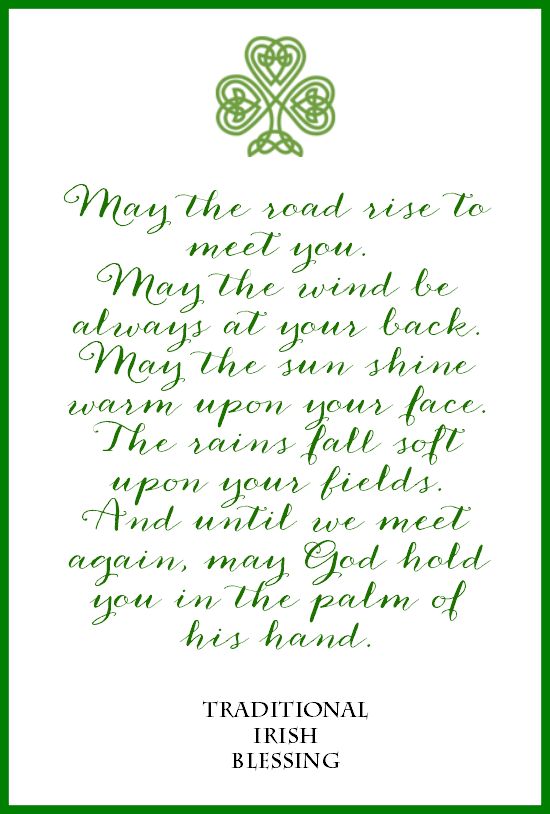 Just a little blessing for you this week.

← What’s in the Suitcase?
Gardening: Good for the Heart and Soul →

Hiya! Welcome to my Blog! Thanks for finding my little piece of Haven. I hope you enjoy what you read and perhaps follow me to see what else I bring here.

I am an enthusiastic writer, baker, crafter and animal lover. I also have various hobbies that you’ll see as you read my blog.

Chronicling the adventures of Buddy the Cat and his various criminal enterprises.

Taking a swing at this writing thing