Hiya, Welcome back to PEP! I can’t believe it’s already February. 2018 is booking it. I’ll be starting something new this week. I’ve been writing this blog for seven months this month. Can’t believe its been that long. Massive Thank You to everyone that’s followed or even just liked a post. PEP has received over 100 Likes as of this last week. But I haven’t missed a week, thanks to the pre-scheduling. So, I’m adding a post a week. Now, on Mondays I’ll be writing as I already am, essentially my weekly update and sharing my baking and writing. On Fridays, giving me the week for research, I’ll be writing a focused post on a chosen topic. I’m not sure what the topic’ll be each week, but it’ll be on my passions and on other topics that I’m interested in. I’ll be writing on my hobbies, topics that fascinate me and the like. If you have a topic that you’d like to read about, please, comment below and offer it up as a weekly topic and I’ll see if I’m also interested in it and I can do research on it if I don’t know anything about it. Other things will likely shift a little on PEP as I make other changes but on the whole, PEP will remain the same, I like this little Haven from the outside forces. Stay tuned for latest posts and site updates by clicking the follow bar at the bottom of the page.

This week’s question: A skill I’ve always wanted to have is…
My answer: I already play a couple of instruments: piano and percussion; but I’d really like to learn to play the guitar. I started, and still have my acoustic guitar, but I was a senior in high school at the time and crunched for time; something had to be dropped and unfortunately, it wasn’t necessary for college. Then, now, I’d teach myself, multiple apps and YouTube videos out there after all, but when I pulled it out a few weeks ago, it is so massively out-of-tune, after five moves and a few years without being touched, that even with my tuner, I can’t get it back in tune. I need to find somewhere to take it to have it tuned, then I’ll be back in business. That’ll be a goal for this year.
What’s your answer?

This week’s baking and cooking: I made polenta this week. I’d made it before, and didn’t really care for it, but this was a slow cooker recipe, so I was hoping it would go better, have better taste. Eh, not so much. As my housemate calls it, it is wallpaper paste. It’s not incorrectly made, just flavorless. So, perhaps I’ll eat it in restaurants but it’s not going to be an addition to my home menu. My baking went much better than last week. I made Pear Flat Pie. It was supposed to be Pear and Sour Cherry Flat Pie. But the only dried cherries I could find at my local grocery store were not sour and were $4 for 4 oz. Not in my budget, honey. So, I omitted the cherries and just did a Pear Flat Pie. It was really good; the pears were juicy while the crust was flaky. 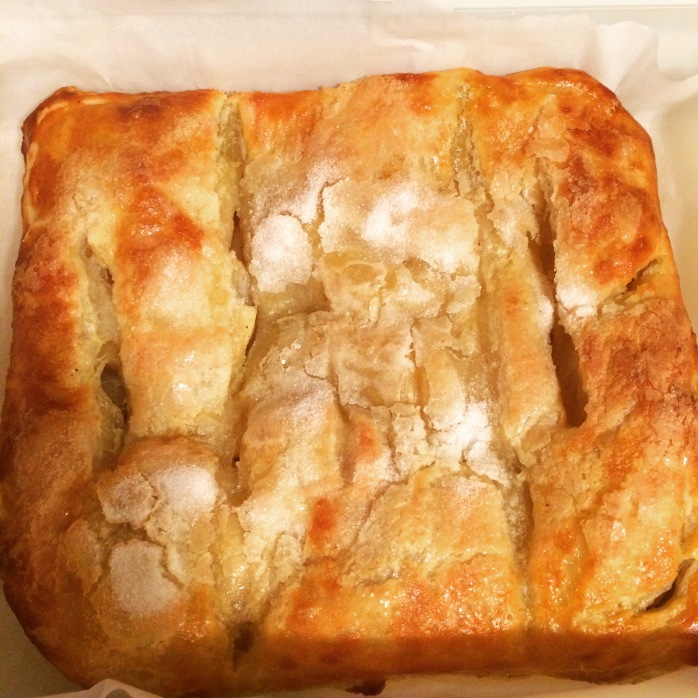 I’ll be making French Onion Soup this next week. I just realized, I’ve had French onion soup a few times. Once from Outback Steakhouse, making it American, once from Olive Garden, making it Italian, and the recipe I’m making this week is British; I’ve never actually had French Onion Soup from France. I’ll have to correct that some time. The baking this next week is from Pinterest; my first from there though not my first from online, I’ll be making a chocolate chip cookie Oreo brownie bar. It looked fascinating. I’ll let you know how it turned out.

This week’s writing:
What if all you ever knew… was a lie. For most, that’s simply hypothetical. For me, it’s reality. In the last week, my life as I knew it was destroyed. I found out that my parents are not my parents but rather my kidnappers when I found a box full of missing child posters. On top of that, I discovered that my ‘parents’ were top secret agents for a black ops agency, so secret that even the government doesn’t recognize them as real. The only reason they even took me was to keep their cover story as middle-class parents in the suburb of Austin. If that’s not enough, my real parents, my birth parents, are members of a cult. Granted, one that doesn’t recognize that it’s a cult, they see it as a religion but still a cult as it’s religion is bizarre. I have no intention of letting them know I’m alive as I’m male which is considered inferior in their beliefs. For all I know, the missing child posters were just a front and they sold me to my ‘parents’ to be rid of a useless child. Daughters are all that is wanted from what I’ve deduced from the pamphlets that were in the box with the missing child posters. Sons are acceptable as bargaining chips for marriage but only second born sons, certainly not first-born sons as it appears I was. A daughter must be born first. All I do know is that I know absolutely nothing and I need answers. My first step is Annie, my best friend. That I do know is real, unless she’s a plant. I don’t even know anymore. But she’s an expert at research and should be able to help me deduce truth from lies. Hopefully in the search for answers, I’ll be able to salvage something resembling a life, even if it’s clearly not going to be anything like my life as I knew it. © Paula Crofoot

Monday Motivation: If opportunity doesn’t knock, build a door. Not a bad sentiment really. I found something else this last week that I really like: 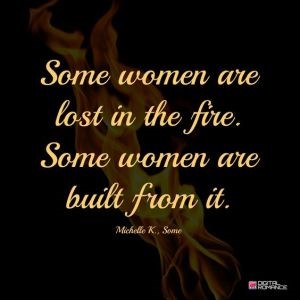 Writing Prompt: This week’s: I saw my reflection blink so I smashed the mirror. Big Mistake.

This is the first post of February so here’s the monthly chain prompt:
“Your home is a wreck. You could’ve at least cleaned the bathroom.”
She leaned tiredly against the living room wall, “Had I known I was going to have guests at three o’clock in the morning, I’m sure I would’ve.”
Before the woman could get her hackles up about Anna’s sarcasm, the third woman placated her, “In her defense, she certainly didn’t know we would be dropping in.”
“But she could still keep a cleaner house than this.”
“My house is fine. It’s simply not up to your sterile OCD demands. News flash: Not everyone has to have everything bleached within an inch of its life and in a specific place, never to be moved even a single inch.”
“I”
The third woman interrupted, “She’s right. Let it go. We’re the ones intruding in her home when she’s no doubt normally asleep.”
“You got that right. What brought you two here. I haven’t seen either of you since high school.”
What’s next?

Music I’m listening to as I’m posting this: Long Shot by Kelly Clarkson: All I Ever Wanted.

Blowing the doors off traditional publishing.