Be Your Own Boss

Hiya, Welcome back to PEP! I hope wherever you are, you’re keeping warm as I know it’s extremely cold in various parts of the US at the least. Here, in Texas, as usual, it’s fluctuating as it was freezing in my part earlier this week but currently it’s reached 70 F. I prefer the cold for this time of the year as fall and Winter is my favorite time of year.
My interview went well last week and it’s looking like good prospects will come out of it. I’m also going to start dog-sitting/walking alongside Imaginative HandiCrafts and my writing. I’ll be cobbling together a few things, letting me be my own boss for the most part and still make rent and pay bills. I’ve always wanted to be my own boss. I have one novel that I’ve finished the second draft, letting it sit for a couple of weeks before looking at once more and a few others that are in first draft as well as a couple in progress. My top passions are my writing, crafting-personal and for IHC, animals-my pets and others-I’m only sitting dogs as that’s the company I’m going through’s policy and they provide insurance-I’ll give ya’ll the info on that once it’s gone through, I don’t want to jinx it. I also love gardening. Books and tea are two of my other passions and I have several things I want to pursue as new hobbies that I think I’ll enjoy. One of which is photography as I’ve always enjoyed taking pictures, I don’t like being in pictures though I am used to it. That’s my next one alongside calligraphy. But I need a good camera, right now I just have a somewhat cheap digital camera I got in College for my art classes. Not a terrible camera, good for vacations but not great for a focused photography hobby. So, if any of my visitors have suggestions, I will gladly take them as well as any tips. I’ve also finished my Bullet Journal, for the moment, I might add more as time goes by.
Just a quick photo of one page: 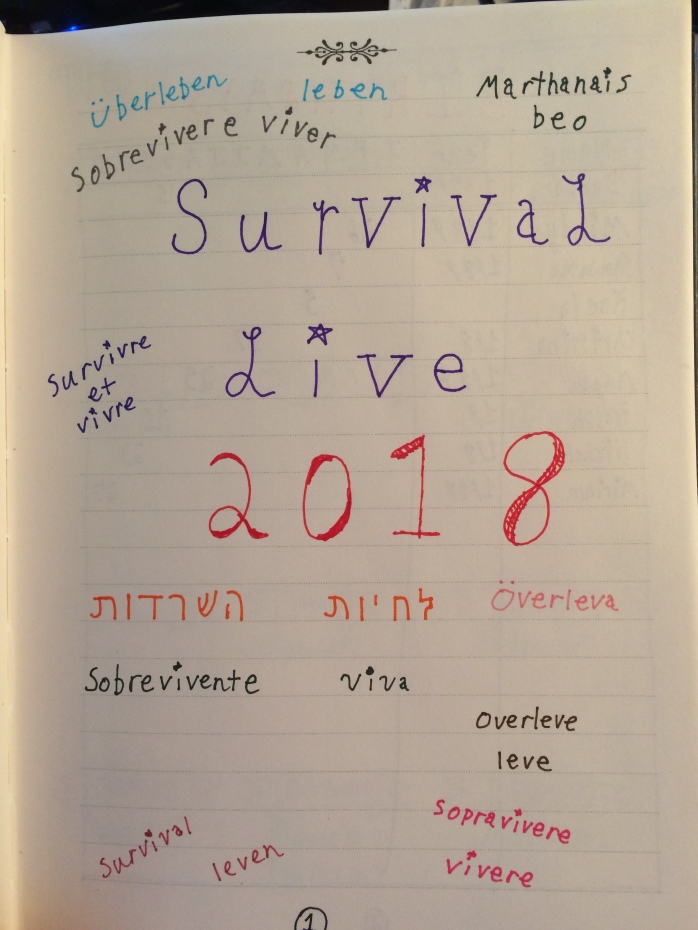 This week’s question: What’s your favorite food?
My answer: I have several, to be honest. My preferred cuisines would be Mexican, though I’ll admit I’m used to Tex-Mex, I have had authentic Mexican cuisine, and Italian but I’m open to trying just about anything. I have eaten blood sausage-Ireland, snails and frogs legs-cruises-two different ones, buffalo-Texas. My only real no’s on food is liver, olives, most rice-I’ll try it but more often than not, it’s dry and I don’t like it. But any country I go to, I’m going to try their cultural dish, that’s part of the fun traveling.
What’s your answer?
This week’s baking and cooking: This week’s cooking was Beef Stew. It was really good. I’m going to start posting pictures of my baking and probably, once I’ve moved out on my own, pictures of the dishes. But right now, I can’t promise anything about the savory dishes. But I do take pictures of every baked dish for my Instagram, paulacrofoot, so I’ll start posting them here for ya’ll. This week’s baked was Red Velvet Cake, it’s really fluffy and moist and I’m especially proud of the frosting decoration on it, it’s the best I’ve ever done.
I went pink-ish for an early Valentine’s Day theme since it was a Red Velvet: 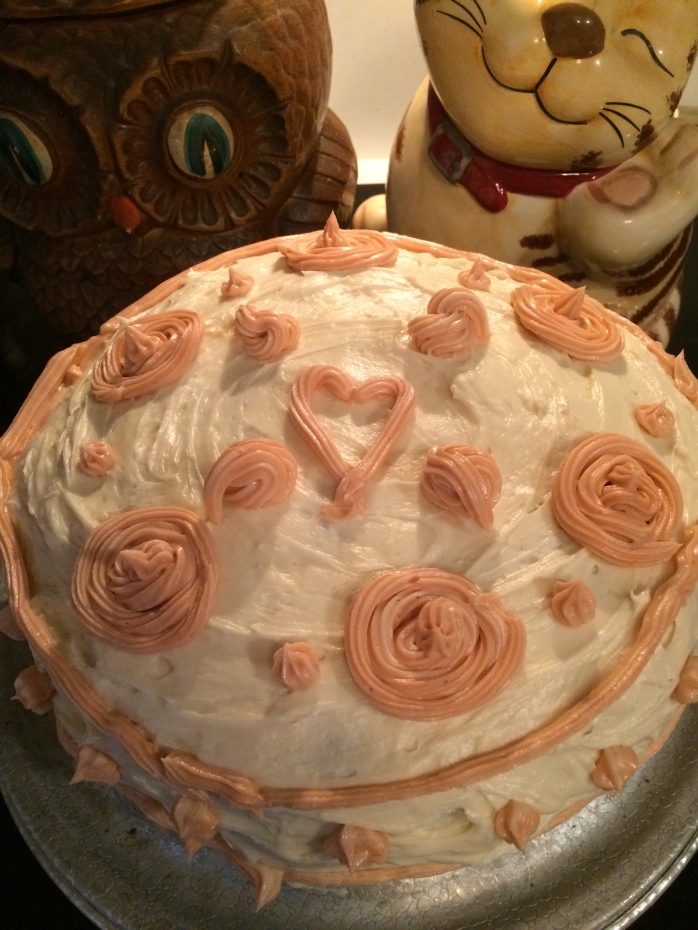 This week’s writing:
Another Month gone and still no…
Sheila flipped through the rest of the book but there was nothing else written, nothing to show what the writer was looking for. There wasn’t any information about who had owned this journal, where they’d been, or even when… as this journal was clearly very old.
She did so love going flea market and storage unit hunting as you never knew what you might find. She’d found all kinds of treasures that, as is, made her quite a sum of money as well as some that she’d DIYed into something that then made her some money. But this, this tapped into another passion of hers, history. There was clearly something to this old journal as they’d, more than likely she, was waiting on something but something ended the journal abruptly and she was dying to know what it was.
Little did Sheila know, the dying may be more literal than she’d first thought…
© Paula Crofoot

Monday Motivation: All you need is the plan, the road map, and the courage to press on to your destination: Earl Nightingale.

Writing Prompt: You never kill the spiders in your home, you just whisper “Today you, Tomorrow me” when you set them outside. Now, in your most dire moment, an army of spiders arrives to have your back.

← Bujo or no? Homemade VS Store-bought?
Cats Vs. Dogs: An Age Old Battle. →